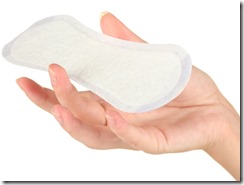 Somethings that you may not consider when having gender reassignment surgery is the after cost. Personally I can afford (others may not) the various types of feminine pads, ultra-light thin Always, Always dailies and let’s not forget Tampax. Other items such as douche (limited usage but good to have and have only used it two times since surgery) and vaginal moisturizer. Then let’s not forget about lubrication for dilation.

Right after surgery I was going through two four oz. of KY then tampered down to one container then went back up again as I would use the mid-size dilator to prime for the larger one. Now I am down to less than one 4 oz. tub per day. Four ounces of KY averages around five dollars but have also seen it for much more. Get the generic as I do and pay less than half the price of the genuine product.

For pads you will need a lot in the beginning but as time goes by rather than six a day it gets down to one or two a day. Tampax are good for eight hours and with that said would not use them when going to bed at night if you sleep eight hours or more. A cisgender female may chime in with their thoughts on some of the usage yet a cisgender female will be different than a person transitioning from male to female. The cost of pads is not that bad but I suggest looking for deals. I found a deal on Always, get 108 pads for the price of 50 pads so I purchased two of them as I know full well they will be used. Do not bother with maxi-pads, at least for me I purchased a box for after surgery along with a mid-size pad, never touched the maxi-pads, instead gave them away to one of the hotel employees who would stop in and visit me at night when things slowed down.

Another thing, get panties that have a wide gusset as this is more comfortable than a narrow gusset. My friend got me some thongs and just this week tried them out. They do make pads for thongs so you can go with them after a month or so after surgery but not before.

Anyways thought this topic needed to be written about so others taking this journey realize there is a good deal of cost after surgery that you may not have considered.